I Live In The Safest Community in America 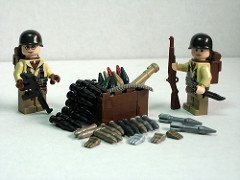 The Rockland Journal News reports that the Town of Ramapo is the safest community in the United States for 2008-09, according to the FBI crime statistics. It is a bit ironic, being that my wife is from St. Louis, which was rated the most dangerous city in 2006. Now, St Louis is 4 places safer than the most dangerous city, scoring a 355.01, pretty sad.

Here is a PDF file of the 2008 City Crime Rate Rankings. Notice, Ramapo, yes, where I live, scored the best with a -89.18. New Orleans, unfortunately scored the worst with 441.40. You can read about the scoring methodology in this PDF document.

Ramapo is part of Rockland County, it is the southwest corner. Suffern, my office, is in Ramapo, bordering New Jersey.