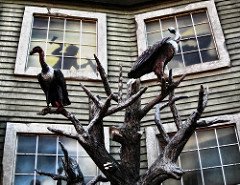 Let me start off by saying, I spend a ton of money with recruiters – more than I want to, but they add a tremendous value to my company. I primarily work with one recruiter, because I trust him and he does good by me. But let me tell you about my experience with many recruiters.

Last week, one of my employees told me a recruiter called to see if he wanted a new and better job. Most of my employees are happy working here, at least I think so. So this one said, he is not interested. The recruiter then asked if the company was hiring, and transferred him to me. I was on the phone, so I was unable to answer. I believe this guy called back today, to speak with me.

He said a colleague of mine told him I was interested in speaking with him. I said, who? He said, he speaks to tons of people – he doesn’t remember, he makes thousands of calls a week. I said, okay. I acted like I was interested and he asked if I was hiring. I said, I use only one recruiter because I trust this recruiter. I said, I am not sure, but I believe you called last week to speak to my employee and try to take him away. I don’t want to work with recruiters who try to take my employees away from me. I asked him, if it was him. He said, he doesn’t know – he calls lots of people every day – it is part of the business, he told me.

He then said that I don’t sound happy with his call. I said, you are right, I am not happy. He then asked if I am hiring any time soon. I said, no – just to get him to hang up. He then said, “good – I’ll make sure to call all your employees to try to get them out of your company,” or something like that. He hung up right after saying that.

The company that called is named Golden Tech and the phone number they called me from was 212-849-6868.

I called back and spoke with a manager. The manager, first name John, told me this is the nature of the business. He was sorry, but they make their money placing people in new jobs.

But to have the nerve to call the operator line, I answer (the boss), ask to speak with an employee, claim to be a “good friend” (in many cases), and me transfer them over (I always do, knowing they are a recruiter), just for them to take away my employees and make a buck – while hurting my business, it just isn’t nice. It is very not nice.

I pay 20% of the first years salary to the recruiter. Some call 3 months later to replace these employees. So if I hire someone at 100k (round number), I pay the recruiter 20k, and then 3 months later, they are fair game again. Besides for the training time, getting up to speed, administrative and operating costs – to pay the 20% for three months!

Not nice and my rant is over (oh, yea, that is a picture of vultures.)