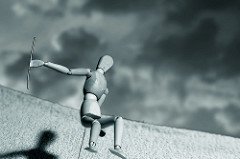 I normally do not hesitate before writing a blog post, but this time I did. In the past ten days, I have heard about three suicides. These are from people I know who were impacted by this – thankfully I personally did not know them, but this was not just blatant news. Before this, I think I knew of one suicide in my life time. Thankfully, I have never had a direct friend or family member who went that route.

No matter how bad things are, committing suicide hurts so many more people. I hate to say this publicly, but to me, it seems like a selfish act. Of course, I cannot comprehend how bad life is for people who think about doing such acts – so me saying that, is easy for me to say and does unjust to those who suffer with these conditions (if it is a condition).

Religiously, I know both in Judaism and Christianity, suicide is frowned upon. In the Jewish world, someone who commits suicide technically should not have a eulogy and should not be buried in the main section of a Jewish cemetery. I think similar rules apply in other religions. But many Rabbis get around this rule due to the sanity claim. If a person was not him/herself then it really was a sickness and thus the person can be given a proper funeral. I get that.

Which gets me back to the question, do sane people commit suicide?

There are certain, but rare, circumstances where Jews are allowed to take their own life. I forget all the situations, but they are rare.

Tough topic – just incredible that three people that I know have experience a friend or family member take such extreme action to end their suffering.