I Got My Second iPhone 4 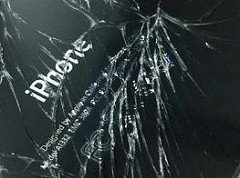 Last night, the Apple Store called me and told me my “replacement iPhone was ready” and I can pick it up. So I ran over there a few hours later and picked up my second iPhone 4.

I felt guilty while picking it up. There are many people out there really wanting a single iPhone 4 and I got one then dropped it and got a new one a couple days later. For free!

I got lucky, some stores are replacing smashed or chipped iPhone 4s for free and some are not. I got lucky.

So when I got the new phone, the first thing I asked was – do you have any cases. They said no. So I ran to best buy and bought some pink cases – that is all they had. I then also but another InvisibleShield, but this time, I had the guy in the kiosk install it for me and that went well. I didn’t want to leave the place without it being protected, even if it meant sticking plastic on it and walking around with a pink case.

Best Buy said I can return it within 30 days and I will. I am waiting on In Case to release a case for the iPhone 4.

I hear lots of people are dropping their iPhones and it smashing. Here are picks from Gizmodo of some damage and read Andy Ihnatko’s review where he dropped it and it smashed, and talked about other drop cases. I need a bumper but they are no where to be found!

In any event, I do feel bad owning two different iPhone 4s within a single week.

One day, I need to write a blog post just on walking into the Apple Store. Should be funny…