My invisibleSHIELD For iPhone 4 Experience 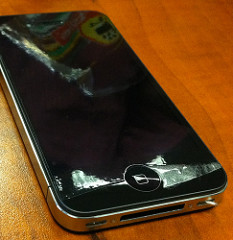 In preparation for picking up the iPhone 4, I ordered the invisibleSHIELD For iPhone 4. It has been sitting on my desk for about a week, and yesterday, when I got the phone, I placed it on the iPhone 4. Actually, I ordered two, one for me and one for Ronnie, so I did it twice.

I did the step by step instructions but still had a horrible experience.

We had the issue on both phones. Ronnie tried trimming the excess off.

We both took them home and when resting in our shirt pockets, the bottom of the shield peeled up and became ruined. I tried to fix it but it was a loss cause.

Ronnie even tried to cut it more after that but no success. Here is a picture of how the bottom of the screen was ruined over time: 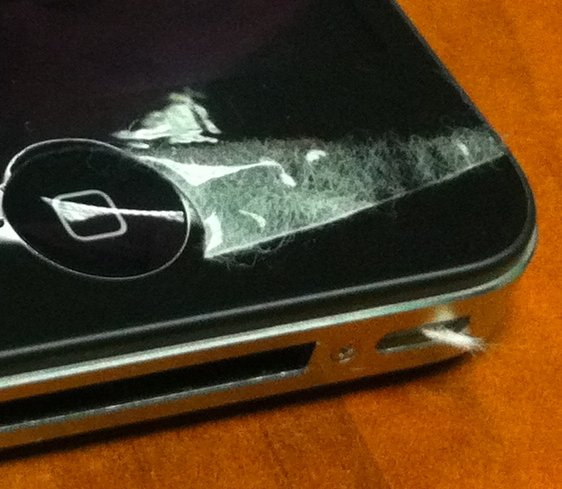 As you can see, he cut it, but the shirt pocket stuff got all over the back of the adhesive side of the screen.

That also happened to mine, even without cutting the screen. Why? Cause the screen seemed to be too long.

I got frustrated, so I ripped it off and threw it away. The iPhone 4 is too nice to make it look like that. I want to protect the phone but I don’t want it to take away from its design.

As I write this, I see Danny wrote about iPhone Case options, after falling and buying his iPhone last minute. He is a big fan of the ZAGG brand. I have it for the iPad it is okay. But for the iPhone 4, it simply did not work!

I didn’t mind placing my 3GS, 3G and original iPhone in cases. I went through many iPhone cases.