Last night, 38 days after first ordering them, my new license plates arrived. Yea, they are ugly but I likethem. Honestly, it was a surprise, because when I called to find out the status, I was told it would take a total of 8 weeks. It came after 5 weeks and 4 days. Yea, 1 week and 4 days longer than originally expected, but still 3 weeks and 3 days earlier than later expected.

Here are two pictures…. Well, why do people blur out plates? I mean, these are personalized, and I already told you they were coming: 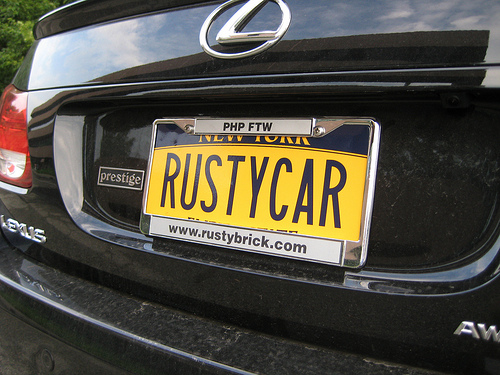 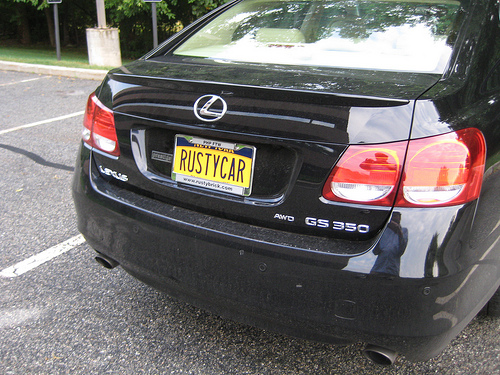 I think they look good on my car – I suspect most won’t agree.