Upgrade: Down To Two Monitors 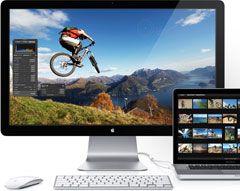 Our creative director at RustyBrick, Mabe, needed new monitors – her old ones were losing their color. (Although for someone like me who is almost colorblind, I couldn’t tell.) So we ordered her the latest new Apple Thunderbolt Display – the 27 inch piece of art.

It came in today and she tried to hook it up only to realize that her Mac doesn’t support thunderbolt.

So instead I gave her my two Apple displays, one was the 24 inch with a mini-display port connection and the old 23 inch with a serial like connection. I took the new thunderbolt display.

The cool thing about thunderbolt is I technically can daisy chain more of these monitors with my laptop. Whereas before, if I wanted more than one external display, I had to use a software/usb hack, which was awkward and slow. Now it would just work well. I have no plans on doing this any time soon, but good to know I can if I wanted to. 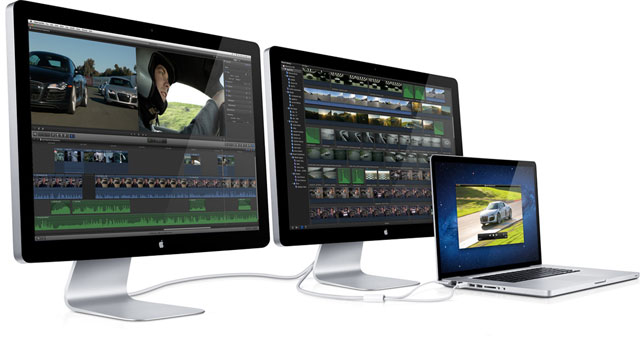