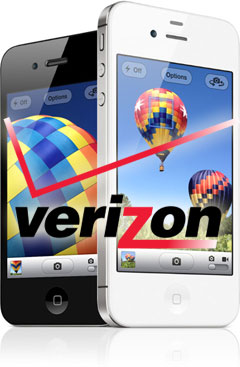 I switched to AT&T Wireless almost five years ago when I bought the original iPhone. Now, after five years, I will 95% switch back to Verizon Wireless – but not for the reason you think.

Call quality doesn’t mean a lot to me. My area, it works fine and I hate talking on the phone. So I actually enjoy when my calls drop, so I can not have to talk on the phone.

AT&T’s 3G, especially on the the 4S, is super fast 3G. But when 4G comes out, the speeds between AT&T and Verizon should be comparable. It should really put Verizon and AT&T on the same wave length in terms of data and data features (i.e. talking and using data at the same time).

So why am I switching?

I have historically had every single new iPhone that has come out, so if I keep that trend up, I would never have a phone out of contract. Yea, I can take an old iPhone or Android phone and pop in a SIM, but I want my phone with my data when I travel, not a different device.

So after 5 years with AT&T, and 5 devices, the iPhone 4S, iPhone 4, iPhone 3GS, iPhone 3G and the original iPhone – my next iPhone will likely be on Verizon.

Oh, and all the other phones on my AT&T plan (3 others) will be out of contract by the time the new iPhone comes out. So leaving AT&T won’t cost much.