Last night I installed Apple’s latest OS, Mountain Lion. The download went well but the install was a bit scary.

It started off at 34 minutes to install but then when it ticked down to the end of the progress bar, it started to get weird. It said -1, then -2 and it went as far as -19.

Here is a screen shot from -2. 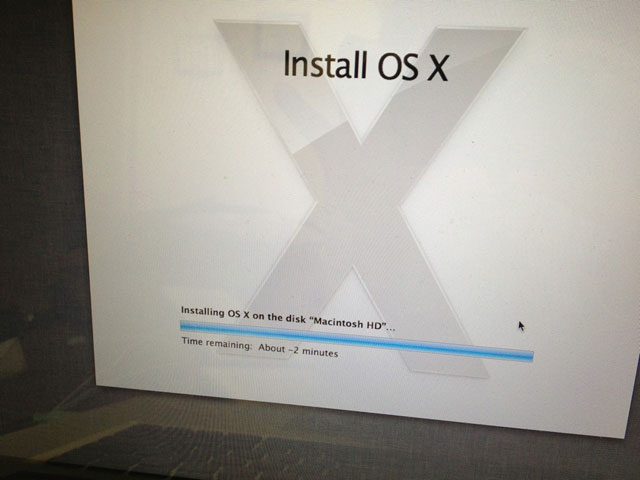 I’ve never seen this with an Apple update before. So when it went to -12 I called Apple. During that call, the rep said it is fine, it should work itself out. Then while I was on hold with Apple, at about -19, it jumped back and went to +20 and the progress bar went back to the middle.

The Apple rep said I was the first to call in with that issue. I tweeted it and Michael Gray had the same issue:

Now I am up and running. I do like the notification center but everything else seems fine, not necessarily snappier but maybe it needs time…